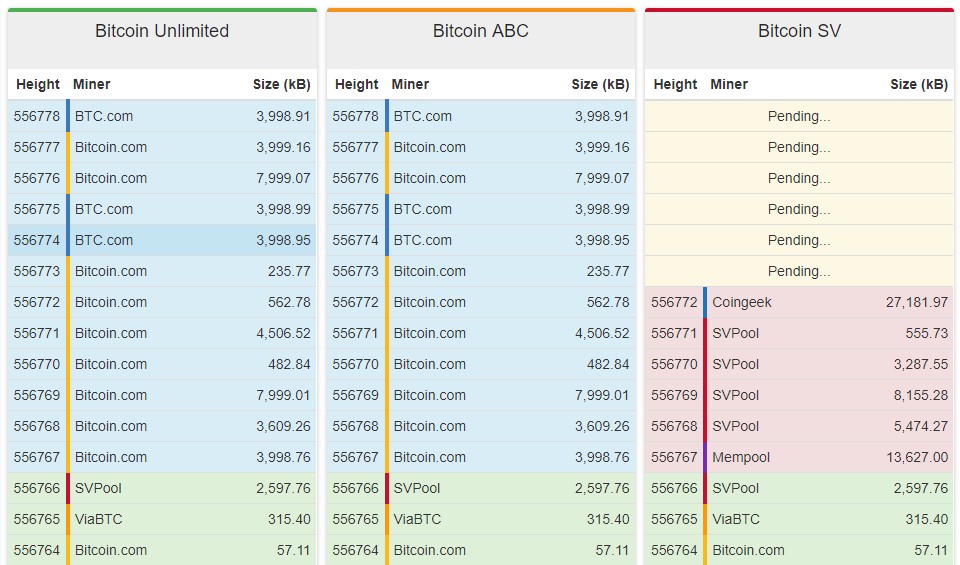 The last “common block” was the mined by SVPool block # 556766, on which the protocol update was activated.

Bitcoin SV produced the first block. Now we can definitely talk about the division of Bitcoin Cash into two competing blockchains. 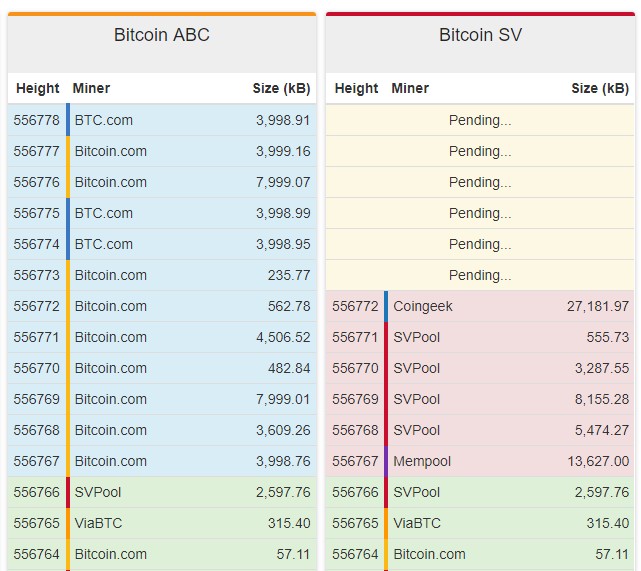 Roger Ver right in front of the hard fork reported that his pool had sent a significant amount of power to the mining of Bitcoin ABC including hash power that is currently directed at Bitcoin (BTC). Is this healthy for the market? Read this post to learn more.

The https://t.co/6EeRmpfaH7 pool now has more hash rate on it than the entire BCH network had earlier today.
Bitcoin is cash for the world! #BitcoinCash #bitcoincashfork pic.twitter.com/n2MqQ5mlfK

Asset BCHABC is traded on the Poloniex exchange much more expensive than BCHSV. BCH is frosen for already known reasons: 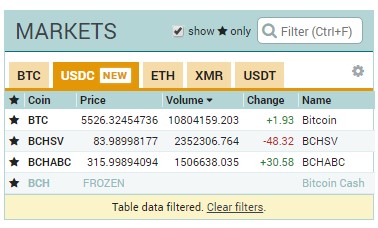 BCH withdrawals, deposits, trading etc. is disabled on Coinbase, Poloniex, eToro and many more during this update and until its network becomes stable.

After some time, the amount of Bitcoin SV from Bitcoin ABC has slightly decreased. Also, it seems that the “51% attack” is canceled.

Bitfinex Exchange has announced the transfer of BAB and BSV coins to the accounts of BCH holders.

BAB and BSV have been successfully credited to Bitfinex users and BCH positions have been claimed. The BCH symbol will not be assigned until the fork is complete.

Let’s see what happens next…