Leading video card and chip maker Nvidia reported a slight drop in sales in the third quarter. Buyers who were supplanted by miners during the crypto boom, do not return as quickly as they expected in the company.

According to a recent financial report, in the third quarter, the total value of excess products in the company’s warehouses increased more than five times and exceeded $70 million, and over the last nine months reached $124 million.

“The crypto hangover lasted longer than we expected. We thought we had done a better job managing the cryptocurrency dynamics,” said Nvidia CEO Huang Jensen.

It should be noted that the company’s gross profit fell by 1.8% compared with the previous quarter to 60.4%, although it exceeded the figures for the same period last year at the level of 59.5%. Profit excluding taxes and operating expenses amounted to $3.18 billion, which is 2% higher than the results of the second quarter. Nevertheless, most analysts are convinced that in the fourth quarter this figure will fall below $3 billion.

It is worth adding that since the beginning of October, the company’s shares have shown a downward trend. 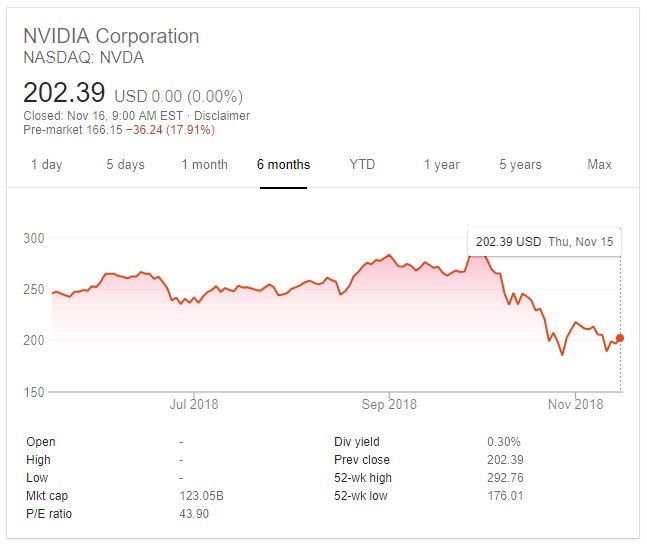 Recall that in August, the financial director of Nvidia, Colette Kress, announced that the company would no longer focus on the cryptocurrency mining chips.

“We believe we’ve reached a normal period as we’re looking forward to essentially no cryptocurrency as we move forward. Our revenue outlook had anticipated cryptocurrency-specific products declining to approximately $100 million, while actual crypto-specific product revenue was $18 million, and we now expect a negligible contribution going forward.”

Nvidia CEO Huang Jensen also noted that the profitability of the mining-oriented chips that the company produces due to the fall in the cryptocurrency market is constantly decreasing. At the same time, the main business of Nvidia shows strong results.

So, in the second quarter, Nvidia sales in the gaming area increased by 52% to $1.8 billion, while profits from data centers grew by 83% to $760 million.