Wars are never good, regardless of which types of wars we’re talking about. As the civil war over the direction, the currency should take continues, the losses for Bitcoin Cash (BCH) get bigger and bigger. According to Forbes, around $25 billion have been wiped off the market in the last 24 hours.

As a result of the Bitcoin Cash fork that took place last week, the currency lost the fourth position to Stellar (XLM) on the list of the biggest cryptocurrencies by market capitalization. The same fork was also blamed for triggering a wider sell-off which has seen the entire market dipping in losses.

The fork, which is a result of the token developers and miners’ inability to come to an agreement regarding the future direction of the cryptocurrency, has resulted in the creation of Bitcoin ABC and Bitcoin SV.

Looking at the weekly chart, the situation seems extremely bearish (Graph 1). The price has breached the major horizontal support (the blue line), then another level (the red line) before stopping just below the 127.2% Fibonacci extension support. Looking from the recent swing high just below the $600 handle, the coin has lost as much as 65% of its value in the last couple of days. 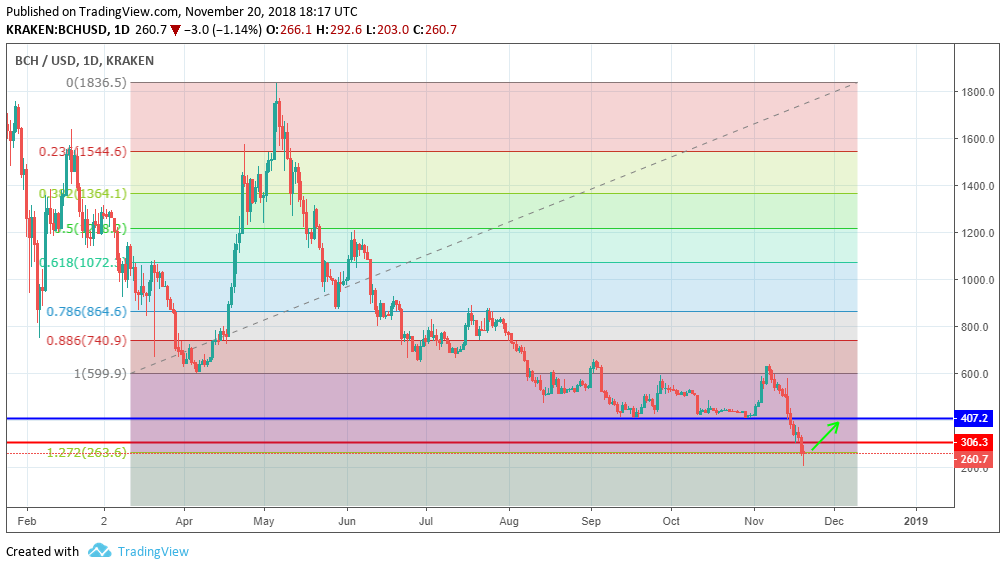 Once we move to the shorter time frame (Graph 2), the outlook remains negative. Here, we don’t talk just about the horizontal levels, but the descending trend line (the green line), which has also been penetrated, and now acts as a resistance. Today, the price went firmly below the trend line before rotating back higher to retest it and then ultimately failing to move above the trend line. This situation is a strong signal that bears remain in the absolute control of the situation. 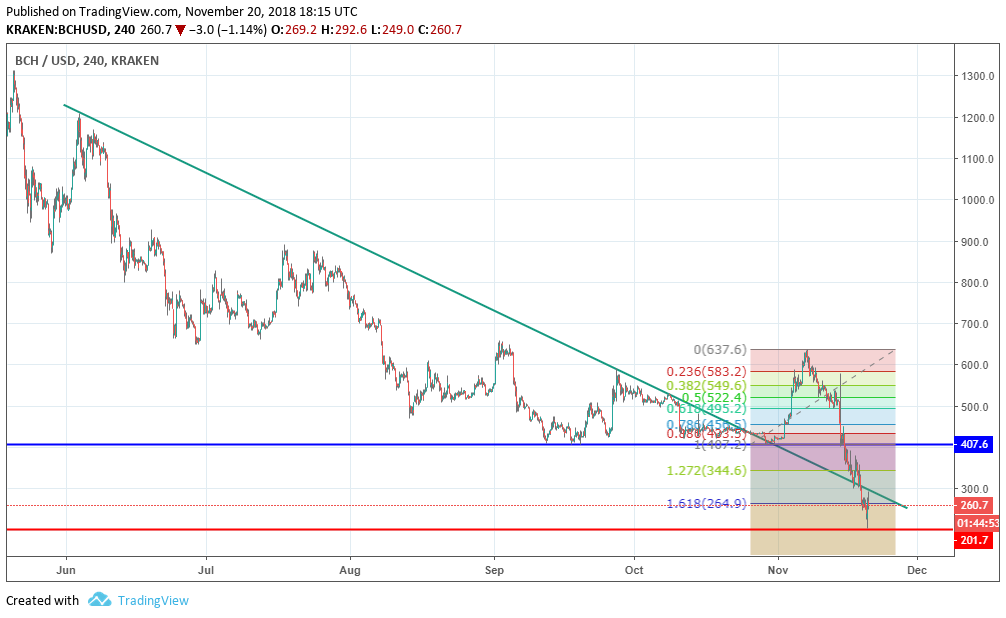 In the coming days, we expect some kind of reaction from the bulls as nothing is happening vertically in trading. A bounce may stop again at the descending trend line, however, it is also realistic to see a bigger bounce, perhaps all the way to the major horizontal line, now in the form of resistance.